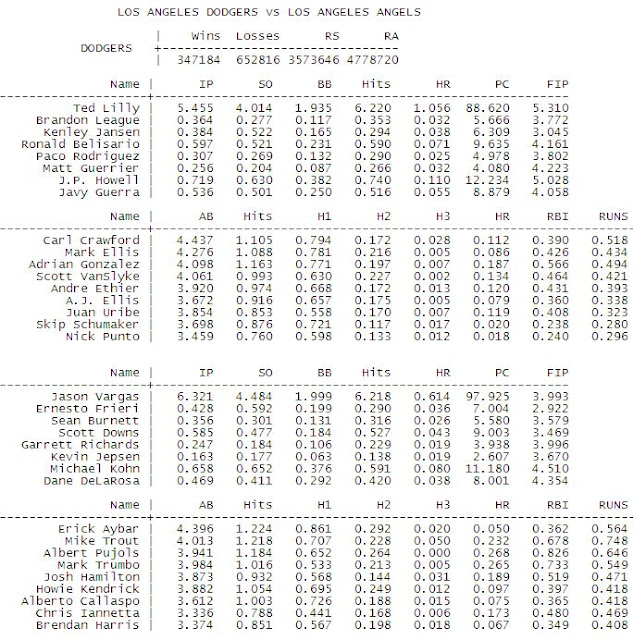 Posted by Xeifrank at 8:51 AM No comments: 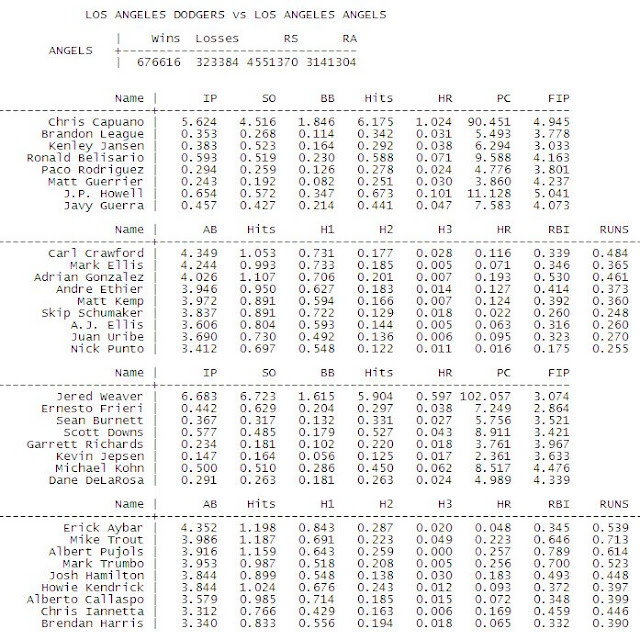 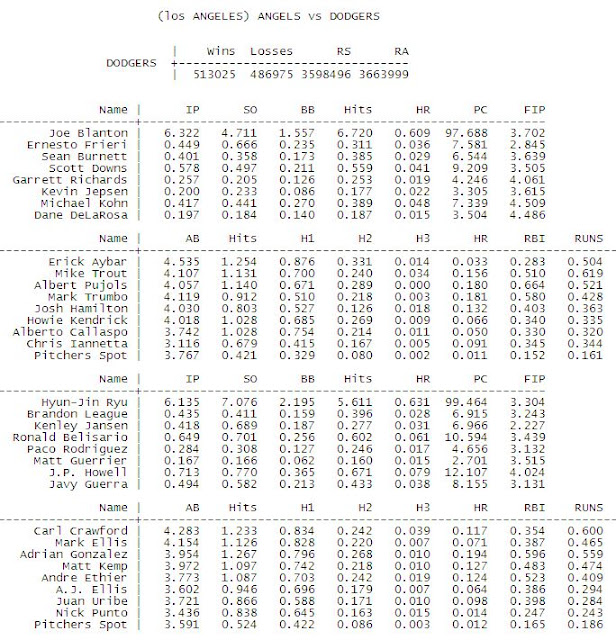 Posted by Xeifrank at 8:40 AM No comments: 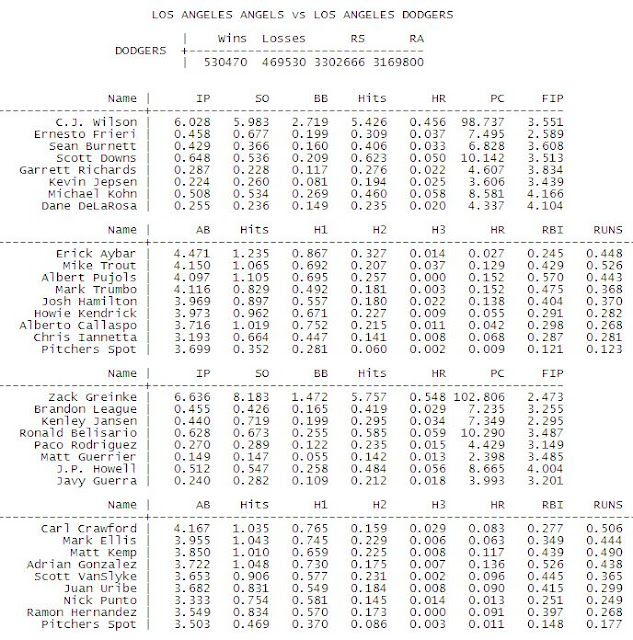 Time For Matt Kemp To Take A Break?


Coming in to the 2013 Dodgers season, as most Dodgers fans were busy ordering playoff tickets and getting fitted for Championship t-shirts, I was saying to myself that I didn't want to "win this way" and more importantly I didn't want to "lose this way".  Well, here we are only at the end of May but the Dodgers are definitely "losing this way".  Yeah, there are lots of problems, too many for me to cover but the one that really sticks out is Matt Kemp being a shell of his former self at the plate.

Those are awful numbers.  Those are the numbers are number four hitter has been putting up for the first two months of the season.  And apparently Matt Kemp is not in a slump.  He is not unlucky.  He is just not good at hitting for the time being.

What's wrong with Matt Kemp?  Who knows.  I will leave that for the medical staff, hitting coaches and sports psychologists out there.  But what I do know, is that you cannot have your number three hitter putting up an OPS of 0.656 over a two month period with NO sign that a turn around is on the horizon.

Here are some options, and there are likely a few more.  In draconian order.

1. Put Matt Kemp on the DL and send him to the minors to rehab.

Pros: Matt Kemp is "hurting" this team and the team with its payroll is in a win now mode.  Matt Kemp is weighting down this ship.  Call up Joc Pederson who is tearing up AA and let Skip Schumaker back him up.

Pros: He can rest a little bit and still see the occasional major league pitcher while working on his swing in the cages with hitting coach Mark McGwire.  He won't be making as many outs.  Joc Pederson or someone from the minors gets a chance.

Pros: Matt Kemp still gets to see major league pitching but perhaps does less damage to the Dodgers offense batting 7th or 8th in the order.

The biggest problem to me is the fact that nobody seems to know for sure what is Matt Kemp's problem at the plate.  Is it physical or is it mental or somewhere in between.  And if so, what is the right path to take.  This team was built to win NOW.  The payroll is enormous.  The pressure to win is enormous.  This team already has enough dead weight.  We have two very good outfielders in the minor leagues.  There would obviously be some risk in calling them up to play a tough defensive position and Carl Crawford can probably no longer play CF due to his weak throwing arm.  I would start at #3 on my list and every 7-10 days move up a notch.  Moving him down in the lineup will not help him get better but if you are going to play him every day just because he supposedly needs to play to get better/feel better (w/e that means) then for the love of God drop in the batting order.  If no improvement is made (which there likely won't be) then bench him and let him rest and work out the kinks out of the batting order where he cannot hurt this team.  If that doesn't work then send his butt down to the minors to work it out.  I wish him the best, but this team needs to win now and it isn't likely to happen with Matt Kemp playing every day and batting fourth in the lineup.

Posted by Xeifrank at 8:29 PM No comments: 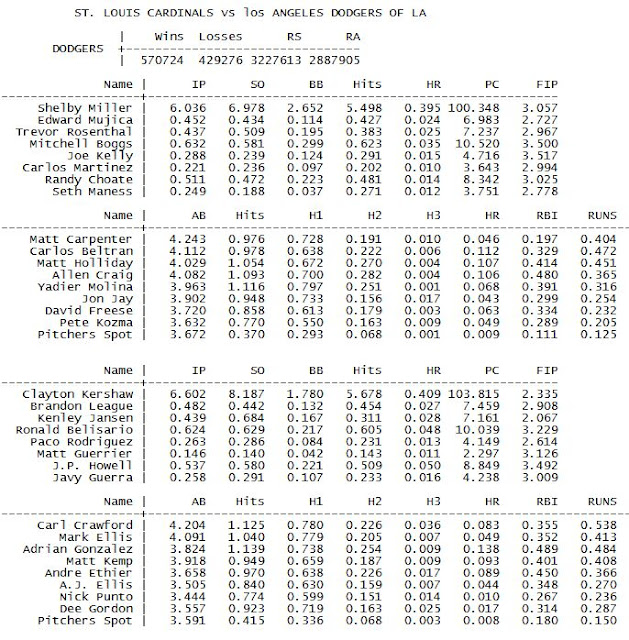 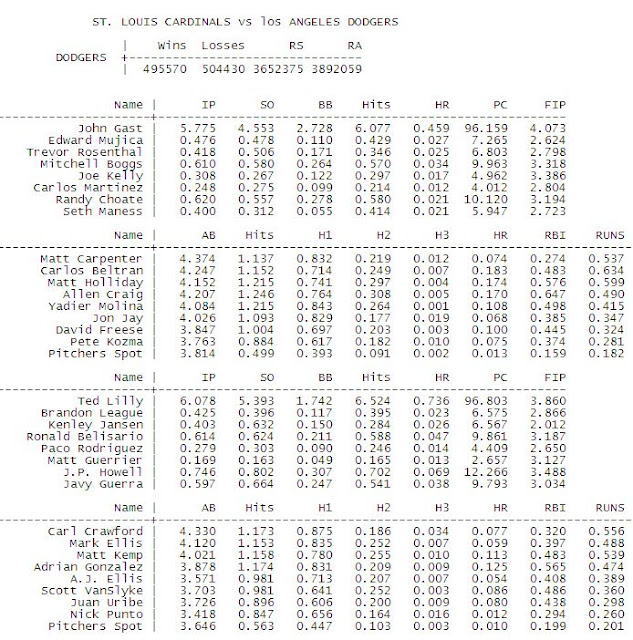 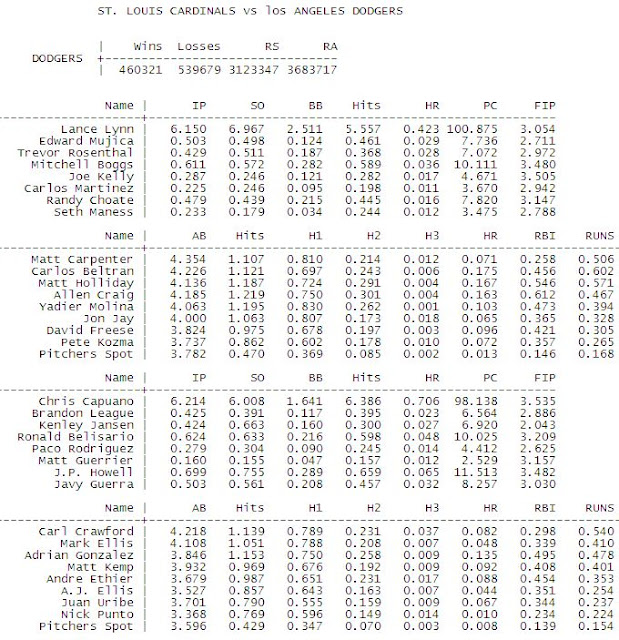 Posted by Xeifrank at 8:17 PM No comments: 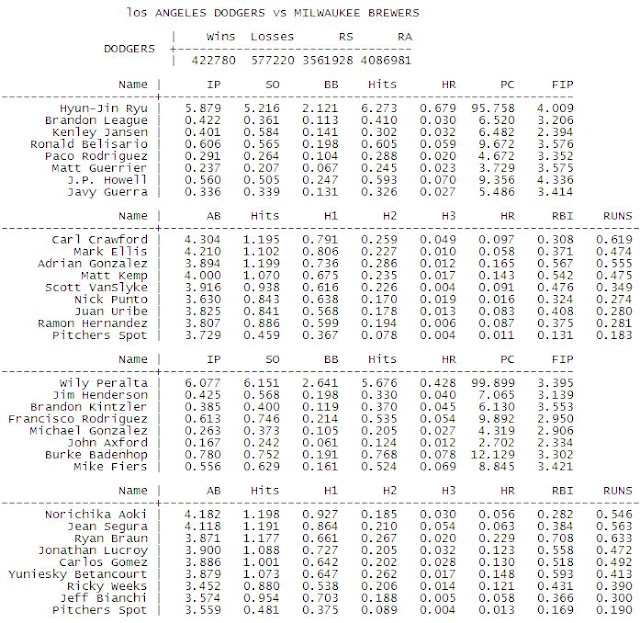 Posted by Xeifrank at 8:46 AM No comments: 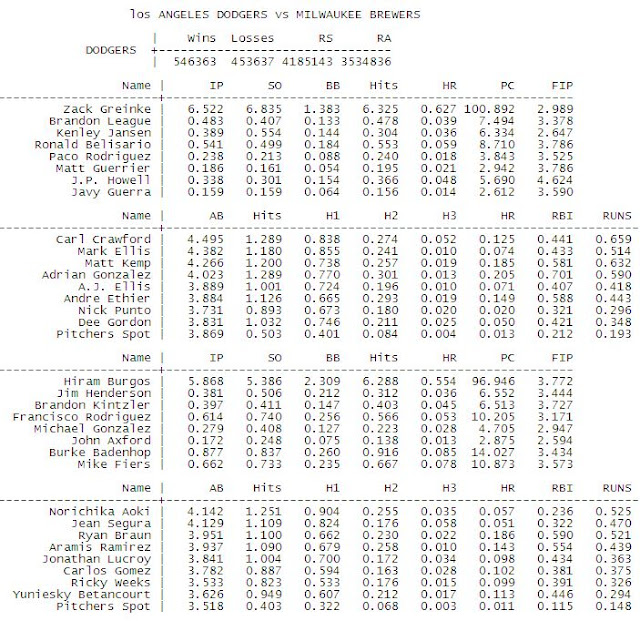 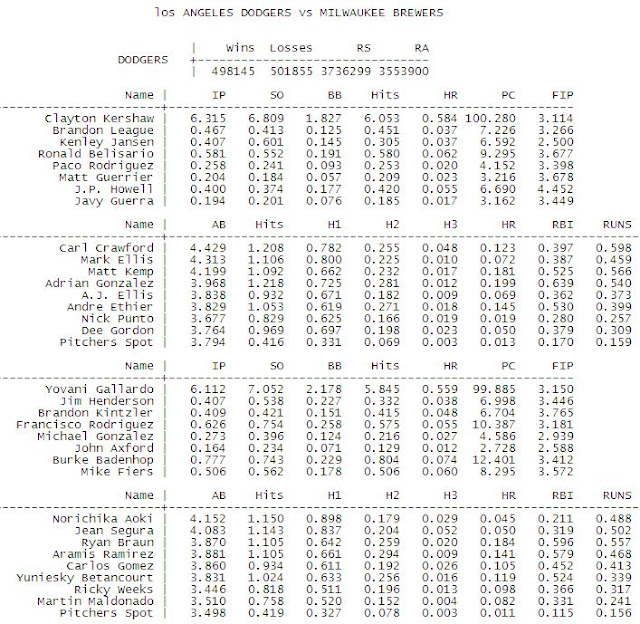 Posted by Xeifrank at 8:57 AM No comments: 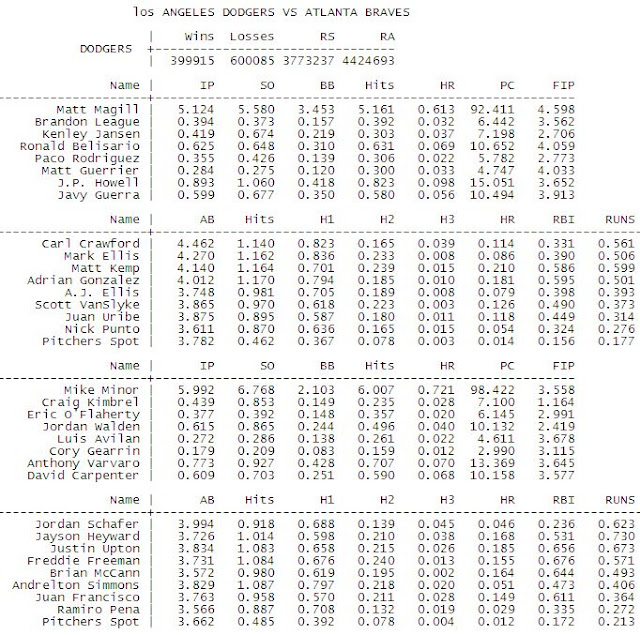 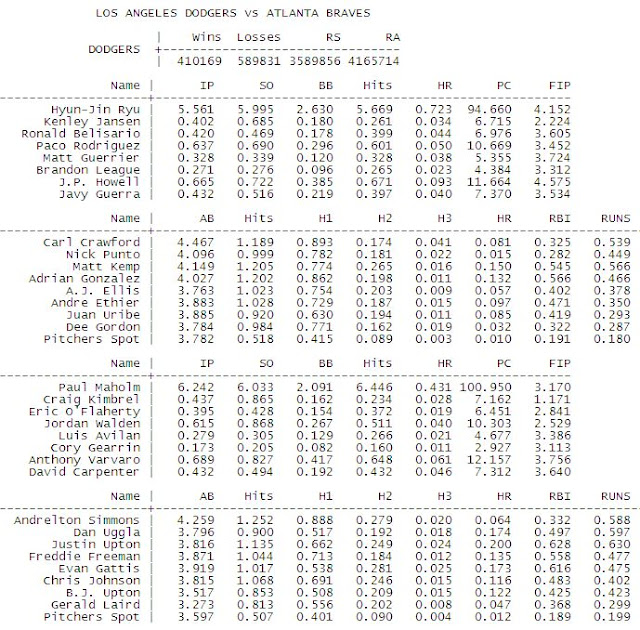 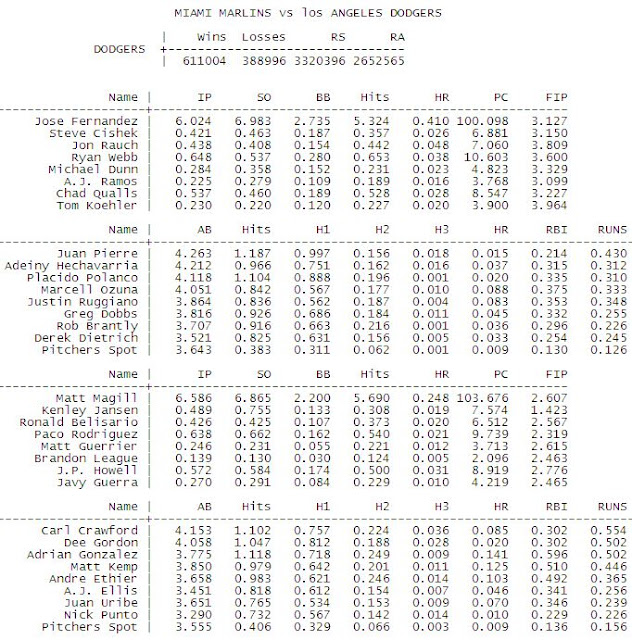 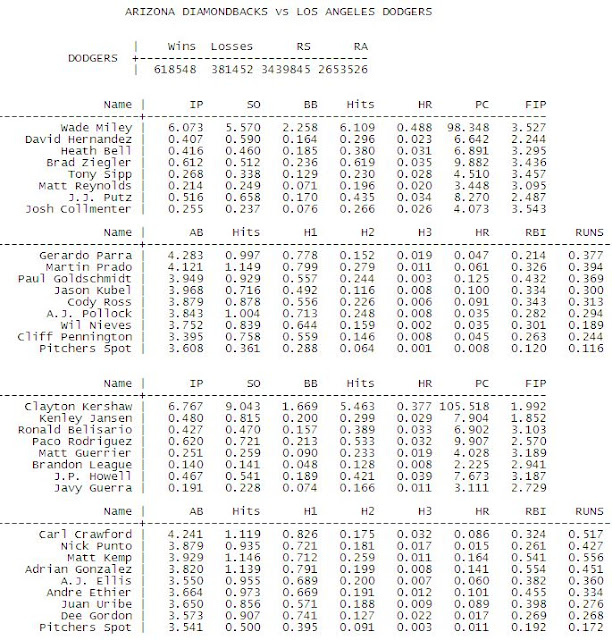 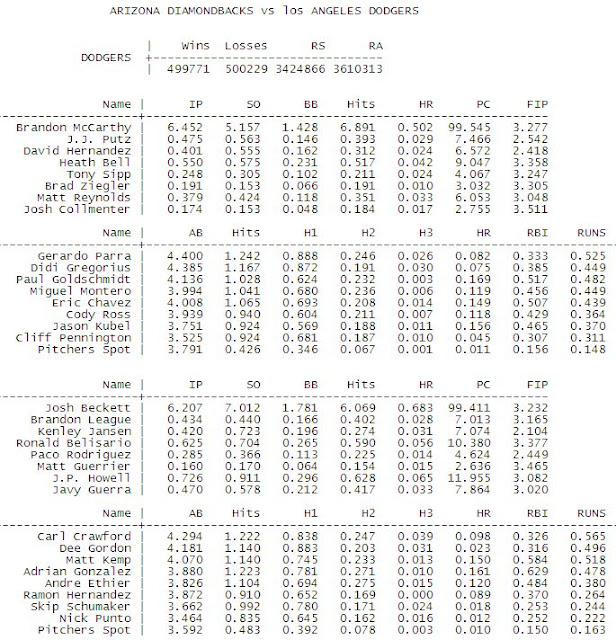 Posted by Xeifrank at 6:34 PM No comments:


Normally conserving power is a good thing.  We all want cleaner air to breath, right?  Well, the 2013 version of the Los Angeles Dodgers - the same Dodgers that are highly paid if I remember my numbers correctly are doing their part in conserving power.  Their bats have been recycled and sent to wind farms in the Far East.  Their homerun trots have been outsourced to Cleveland and most notably their winning percentage is at a 52 week low.  So what's going on?  Heck if I (or Mark McGwire for that matter) know - but here are the numbers and they will make you feel green.

First let's look at the pathetic


Yes, that is right. Matt Kemp only has one HR. Luckily, Carl Crawford has come out of his shell this season to lead the team with five homeruns. Perhaps Crawford shouldn't be hitting in front of the pitcher for the time being, no?

Well, how is the rest of the league doing? 22 homeruns is probably middle of the pack or something, don't you think? Hmmm, not quite.


Yeah, that's pretty ugly. 27th out of 30, 14th out of 15 (NL) in homeruns. Thank God for teams like the Marlins. In slugging percentage the Dodgers drop to 29th, once again with the Marlins cushioning the fall. Is there a silver lining you ask? Well, of course there is. Look at the Dodgers on base percentage. They are 6th! Good news, the offense isn't totally pathetic - just the part where we get runners past first base is. Dodgers management needs to put the breaks on this power conservation policy. Puig in a few more bats, oops did I incorrectly spell 'plug'? Silly me. Gas up the batting cages and turn this ship around.

Posted by Xeifrank at 8:56 AM No comments: 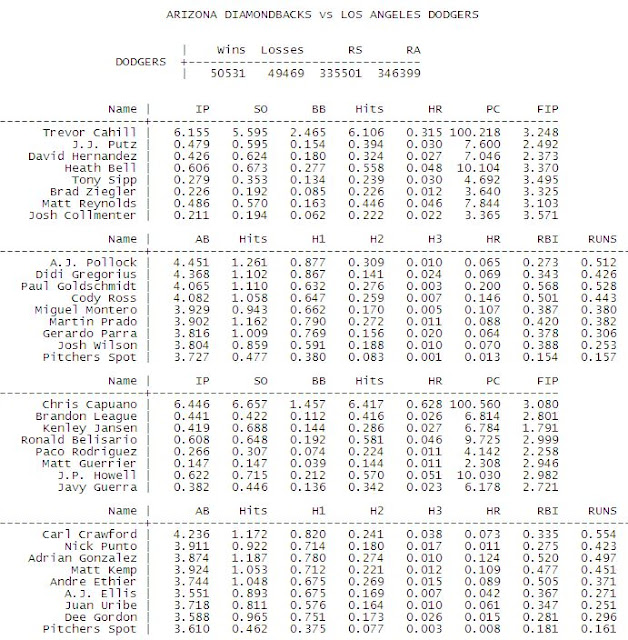 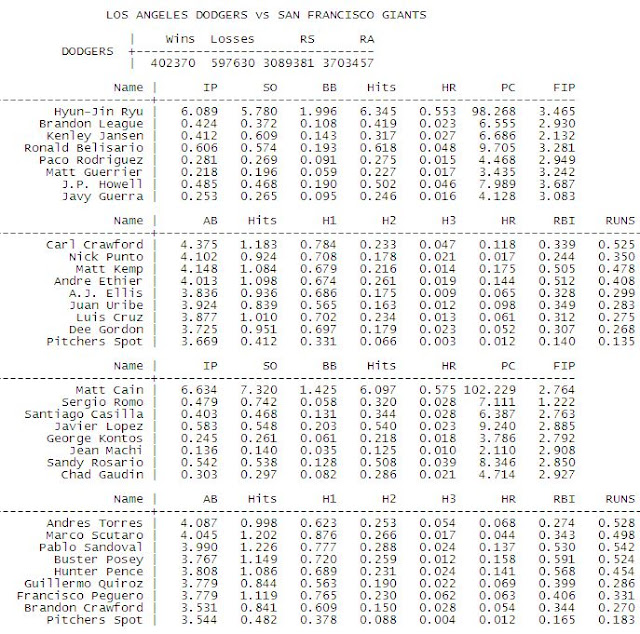 Posted by Xeifrank at 7:05 PM No comments: 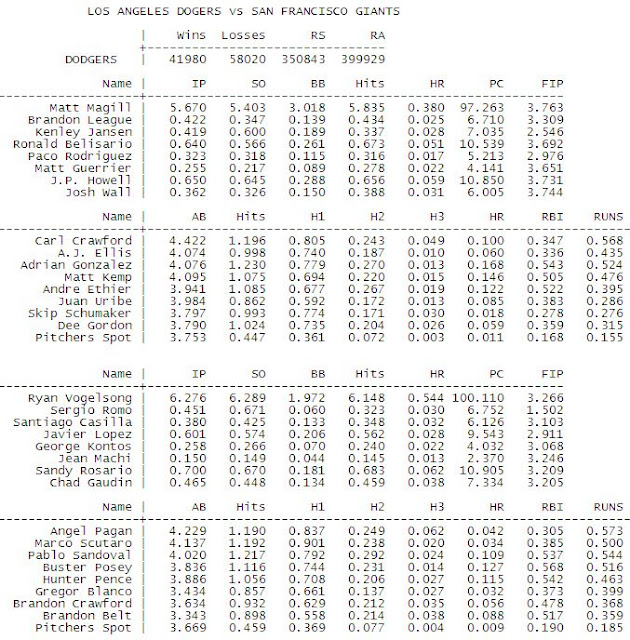 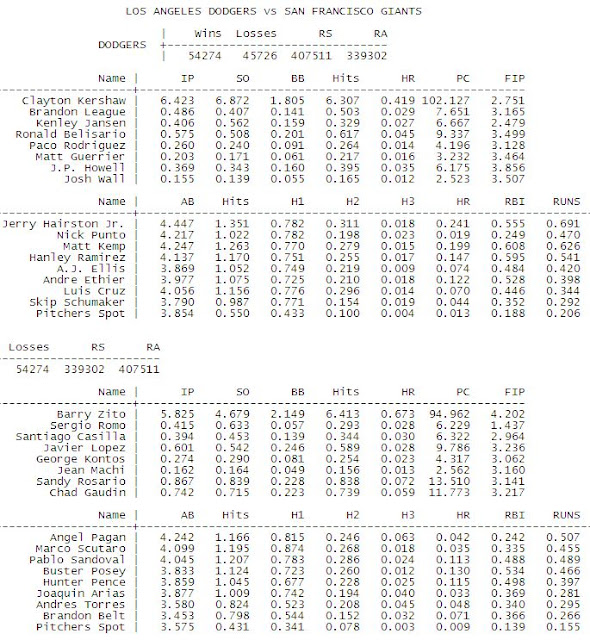