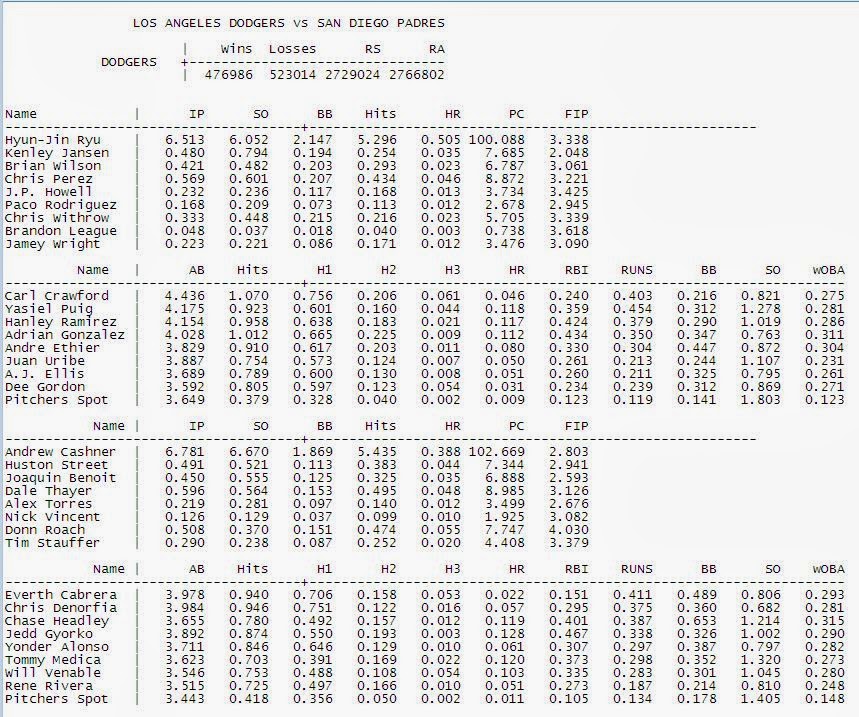 Posted by Xeifrank at 3:35 PM No comments:


Next up on my look at each teams most efficient lineup is the Pittsburgh Pirates.  In this exercise the methodology is to use my simulator to find out which lineup wins the most games vs RH and LH pitchers.  I do this by making the team of interest the "away" team, playing against a "make believe" team whose stats don't change from one sim to the next. In fact no stats (or input projections) change for either team, the only difference from one simulation to the next is the lineup of the team of interest.  For player projections, I am using ZIPs projections which are available on Fangraphs. The lineup results will only be as good as the projections.  Keep in mind, the results are not intended to match what a certain teams manager is most likely to do during the season.  In fact, I know that many of the results will not happen due to manager philosophies and veteran favoritism but these are the most optimal lineups that the simulator spit out.  In some cases the top couple of lineups had very small differences in results. The starting nine players were taken from MLBDepthCharts website.

See the results after the jump

Read more »
Posted by Xeifrank at 7:35 PM No comments: